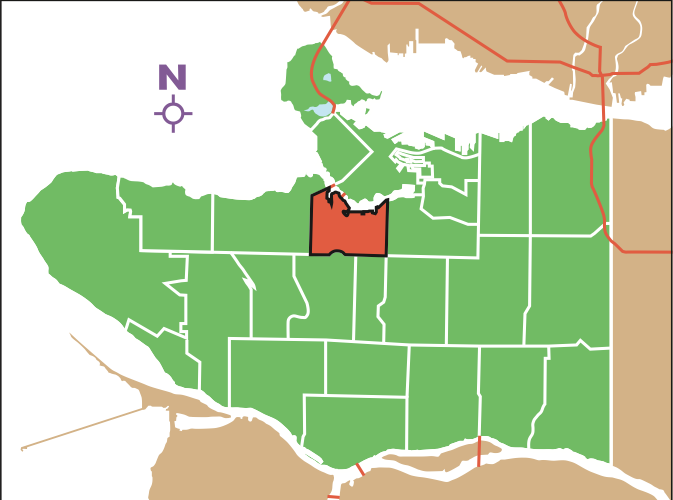 Close to the waterfront, downtown core and one of Vancouver's most popular attractions, Granville Island, Fairview is a highly desirable neighbourhood on Vancouver’s Westside.

While being bordered by Burrard Street to the west, Cambie Street to the east, False Creek to the north and 16th Avenue to the south, Fairview is also one of the most accessible communities in the city. If your household waves goodbye each morning with one person heading downtown to work, and the other heading anywhere else in the city, there’s no better middle ground than Fairview.

Due to its proximity to downtown, great transport networks plus a wealth of recreational activities including the seawall, parks and beaches, Fairview is the place to work and play. However, this is no longer a hidden gem, and demand for this area is high and constantly growing.

For those new to the area, Fairview encompasses smaller neighbourhoods including False Creek, Burrard Slopes, Fairview Slopes and Fairview heights.

Once dominated by large single-family homes, growth and demand has resulted in an increased supply of townhomes in Fairview.

In Fairview, you will find a mix of townhome styles.

Older, generally larger townhomes with unrivalled views of Downtown, False Creek and the North Shore mountains can be an excellent purchase, with many presenting the opportunity for interior updates to make your mark on the home.

In addition to many already having updated interiors or the fantastic opportunity to upgrade, many, if not all, of the older Fairview townhomes were required to be rainscreened in recent years. With newer exterior envelopes that are far more weather resistant, concerns of expensive maintenance down the line are far less of a concern.

Alternatively, the newer, stylish and slightly smaller townhomes that are appearing, offer a great investment. With great amenities and a close-to-everything location, these townhomes are ideal for couples, growing families and downsizers alike.

For more information and virtual tours of townhomes for sale in Fairview, click here.

Fairview has been steadily growing in popularity with young families in recent years, partly driven by a wealth of excellent schools. The challenge won’t be getting the children to school each day, it will be deciding which

Simply put; Fairview is extremely accessible. First, you have the Canada Line running through the Cambie corridor; heading downtown in one direction, and out to Richmond and the airport in the other.

Bus routes are also plentiful to all areas of Vancouver, and with great road access to Highway 1, nothing is too far away.

Then there’s always great bike access. With a bike score of 100, plus many bike-only roads, it’s a safe, hassle-free and enjoyable neighbourhood to explore and commute to and from on two-wheels.

In 1916, Granville Island was created by dredging False Creek and building up an existing sand bar. In 1909, the England home at 2300 Birch Street was built from stone quarried less than one block away.

Stamps Landing is named after Captain Edward Stamp, who established the Hastings Mill on Burrard Inlet in 1865.
Contact me for more info on this topic or sign up for monthly newsletter michael@michaeltudorie.com