Celebrate our many blessings on B.C. day 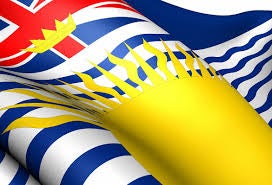 British Columbian's use the long weekend to make short trips out of town and into one of the areas of beautiful scenery in this province. Some go camping, while others walk, hike or plan canoe trips. As the first Monday in August falls in the middle of the summer season, many people incorporate BC Day into their summer vacation or a plan it as part of a longer trip. In urban areas, particularly in Vancouver, various celebrations are organized.  Regardless of how you celebrate this provincial holiday, take a moment to appreciate the beauty around us.

The official BC flower
The Pacific Dogwood is our Provinces official flower, adopted in 1956.
Planting a tree either in your yard or in a container on a balcony can not only add great curb/patio appeal but helps purify the air.
BC’s most populated cities
Did you know that half of all British Columbians live in the metropolitan area of Vancouver? It’s true! And it is the largest city in BC. The other major centers are Victoria, Surrey, Burnaby, Coquitlam, Richmond, Abbotsford, and Mission
Choosing a location to purchase a home near a major metropolitan area can be more expensive but home values fluctuate less in changing markets.
The world’s largest hockey stick is in BC
Did you know that the world’s largest hockey stick is in BC?! It was built for BC’s Expo 86 World’s Fair and was later acquired by the city of Duncan, where it is on display today. This huge hockey stick is forty times the size of a regular hockey stick (about 62.48 metres long and weighs 28.12 tonnes).
I think that’s a major score!
British Columbia is home to 7 of Canada’s
National Parks – Beauty is all around us
BC has seven national parks. Out of the seven, two are on Vancouver Island and the Gulf Islands. They are Pacific Rim National Park Reserve, Gwaii Haanas National Park Reserve, and Haida Heritage Site.
There are five UNESCO World Heritage Sites in B.C. They are Burgess Shale in Yoho National Park, the Canadian Rocky Mountain Parks, Tatshenshini-Alsek Provincial Park, Clayoquot Sound Biosphere Reserve on Vancouver Island, and SGang Gwaay Llnagaay in the Haida Gwaii archipelago.
The Sea to Sky Highway that connects Vancouver to Whistler is one of the most scenic highways in the world. It is a treat for anyone who likes spectacular vistas and mountain peaks towering above deep valleys.
Living in close proximity to nature and green spaces, improves the quality of our lives.
Universities
According to the QS World University Rankings, UBC was ranked 23rd globally. SFU came in 46th place and UVic in 151st place. BC also has a number of community colleges that provide hands-on experience and training toward careers in trades, health care, business, and technology.
No wonder all of my clients are soooo smart
Contact me for more info on this topic or sign up for monthly newsletter michael@michaeltudorie.com